PSA are currently consulting on a new Code of Conduct for Phone-paid Services to replace the current Code 14. The consultation period ends on 2nd July 2020. 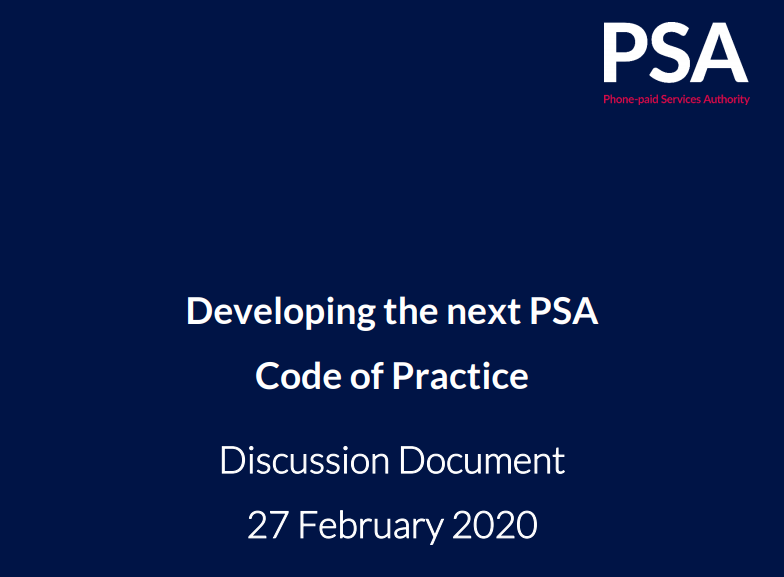 We regret the fact that PSA have, as yet, made no effort to give consumers a voice in formulating the new code. They have created a Consumer Panel, consisting of people we have never heard of, and for which there is no published method of contact. They have however made extensive effort to consult with “the industry”, with a series of webinars.

We urge all interested consumers to respond to this PSA consultation document.

We have produced a detailed draft response to the consultation. Ideas for improvements and amendments will be welcomed

Amongst the things we would like to see in a new code are: