This scam is somewhat different to most of the other scams featured here, in that instead of a weekly subscription of £4.50 or less, it immediately takes £40 from your phone account- yes, that’s right £40. The charge is made via 4 premium rate texts from shortcode 65019 charged at £10 each.

ModoMobi has one director:  Darren Randall.

Darren Randall is also  Compliance and Operations Manager at SB7 Mobile Ltd. SB7 have operated a large number of these scams in recent years. 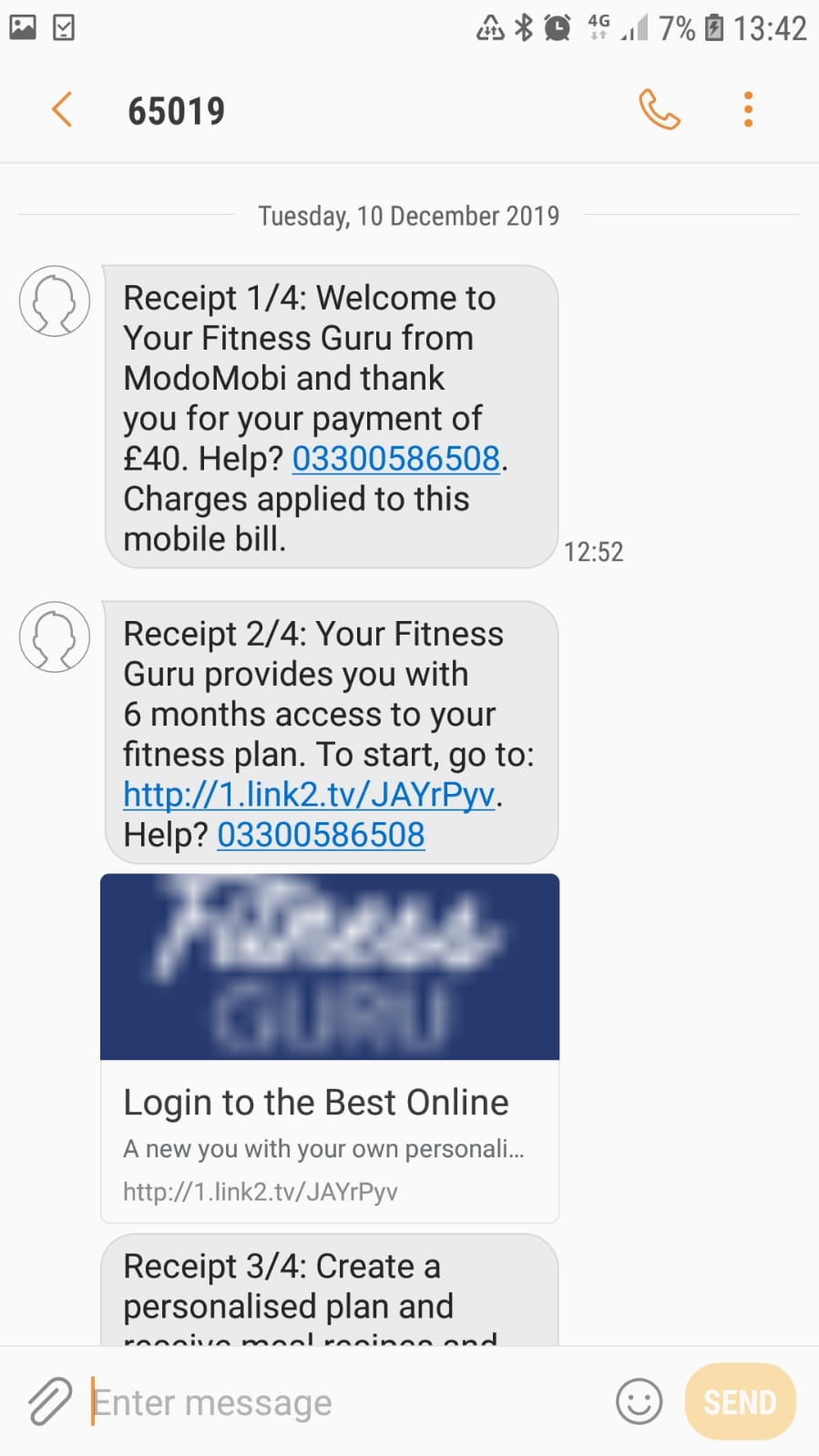 The scam seems to be confined to the Three network where it has generated a large number complaints in the last couple of months. It seems to be exploiting the last remaining loophole in the system, which allows a single payment to up to £40 to be taken without any two factor authorisation. 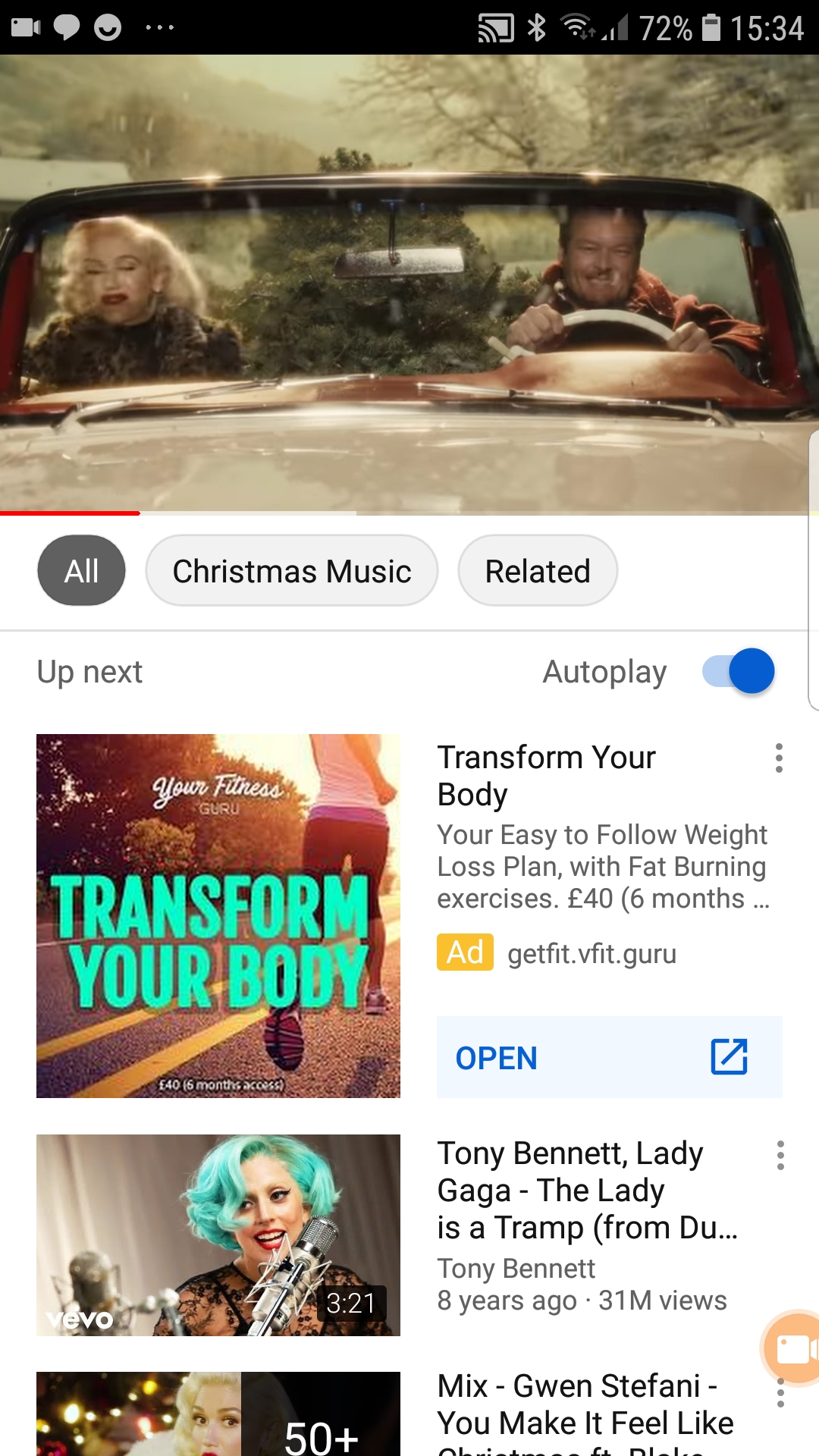 It therefore seems that this particular scam is only active for Three customers and is not allowed to operate by other networks. This is an increasingly common occurrence and seems to reflect Three’s total disregard for online security of their customers.

Three ought to be taking more responsibility for these fraudulent charges, as they seem to have made a conscious decision to allow this company to operate on their network.

In theory, in order to subscribe you will need to do two mouse clicks. The video below shows what SHOULD happen.

Sign up process looks like this. No username/password. No PIN. Just two clicks. None of the safeguards in @ThreeUK statement to @BBCWatchdog . Wouldn’t stand up in court as evidence of consent to charge as plenty of evidence of “auto-subscription” scams using this method. pic.twitter.com/kOtBf5HlHu

It is, frankly, ridiculous that Three are allowing such an insecure signup mechanism. It conflicts with assurances given to BBC Watchdog: 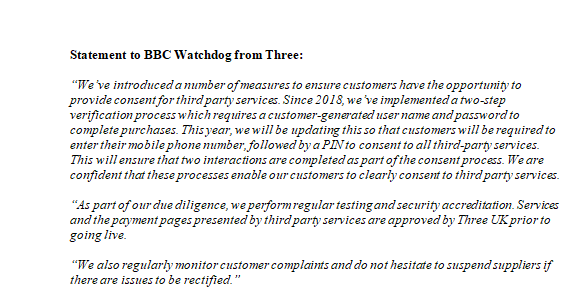 There is no sign of any username/password dialogue, nor any PIN procedure. Just two clicks of the mouse and you’re down £40. The real problem though, is that these two mouse clicks can be easily “spoofed” by using iFraming and clickjacking exploits. These are described in this research report produced by an internet security  company for BBC Watchdog.

What to do if you’ve been scammed by ModoMobi

As this is a one-off payment, there should be no risk of any more money being taken (other than the fact that Three is so insecure!). Ignore any advice to send a STOP message – you don’t need to as the £40 that was taken is supposedly a subscription for 6 months.

You now need to contact ModoMobi to insist on a FULL refund. This company will often offer only a partial refund initially, but as far as we know has always refunded in full when pressed.

Tell them that you never consented to the £40 charge and that if they don’t refund in full you will need to see full evidence that you consented. This evidence should include:

In the unlikely event that a refund is refused, there are various routes open to you.